You Are Here : Home > News > Tungsten – When the Tough Get Going

Tungsten – When the Tough Get Going

Renowned as the toughest metal (well, at least for toughening up the toughest tools and drill bits), Tungsten has long been looking like a floppy loser. Recent weeks have seen Vanadium take off with the inevitable result that all those watching lithium from one side of the ship have raced to the other side to catch Vanadium soaring out of the depths. As we noted a few weeks back though a bunch of specialty and alloy metals have risen from the dead and Vanadium’s recovery may be the strongest but it is not the only one.


Tungsten has gained a second wind and its chart is now starting to show a steepening curve with the price of Ammonium Paratungstate now up 50% during 2017. 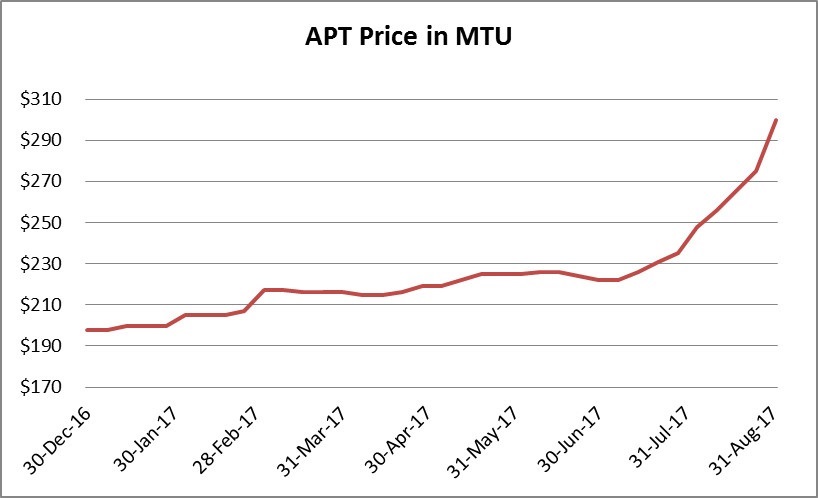 This market is largely owned by the Chinese, with only one substantial Western producer. Thus if the price has been allowed to rise so steeply it’s because the Chinese are cool with that type of a move. From this we would also infer that prices could be allowed to rise more substantially as most of the Western projects on the drawing board are with such hefty capex numbers that it is unlikely they will even be considered before $400 per MTU has been reached.

Conclusion：Next a consolidation above the $300 per MTU mark and maybe even pricing at points north of $350 before 2017 is out.

Next Article: Ferro-tungsten prices jump 9% in Europe on supply constraints

Chat Now
YOU NEED MORE INFO ?
Do not hesitate to contact one of our representatives